Princess Selenia Fair is a fictional character that Selena Gomez voiced on the two movies, Arthur and the Revenge of Maltazard and Arthur 3: The War of the Two Worlds.

Princess Selenia is around 1,080 years old (in Minimoy Years) in the 2nd and 3rd movies of the Arthur trilogy. In the 1st movie she is 999. After getting to know Arthur, she falls in love with him. Arthur had begun to fall for her earlier, upon seeing a sketch of her in his grandfather's journal.

Betameche, her brother, accompanies her and Arthur in all three movies . In the second movie, Arthur and the Revenge of Maltazard, she gets ready for the arrival feast dedicated to Arthur, but he does not come. Because of this disappointment, she becomes sad and grieves.

Selenia is a princess who is ready to do anything for her people. She wants to be the best leader for her people when it's time to take her place in the throne. She exposes her stomach everywhere she goes. Her stomach is exposed in every outfit Selenia puts on.

Arthur and the Invisibles

Selenia is first seen (in the movie) in a picture belonging to Archibald Suchot.

Arthur and the Revenge of Maltazard

Selenia is captured by Maltazard, which causes quite a few complications in returning Arthur to the Human world.

Arthur and the War of Two Worlds

Selenia plays a vital role in this movie, as she is the one that ultimately defeats Maltazard.

Arthur and Selenia looking at each other 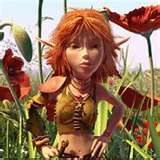 Princess Selenia
Add a photo to this gallery
Retrieved from "https://selenagomez.fandom.com/wiki/Selenia?oldid=20418"
Community content is available under CC-BY-SA unless otherwise noted.